A Quick Look at the Club's History

Valley Parade was a quarry below Manningham, Bradford, that was owned by the Midland Railway Company. In 1886, Manningham RFC decided to purchase a third of the land and rented out the remainder because they were forced to find a new home stadium. They spent just under £1,500 to build a new stadium that was able to hold 20,000 fans. When Bradford City can into being in 1903, they took over Valley Parade and played their first match in the 5th September against Gainsborough Trinity in front of 11,000 fans. When they were promoted to the First Division five years later, they increased the capacity of the ground to 40,000. The first game in the newly developed stadium was played out against Bristol City on Christmas Day and drew a crowd of 36,000.

In May 1985, there was a tragic fire at the stadium during a game and 56 fans lost their lives with over 200 more injured. The main stand was destroyed by the fire in under 9 minutes. The club spent £2.6 million to rebuild the main stand and improve the rest of the stadium and it was reopened again in December 1986. 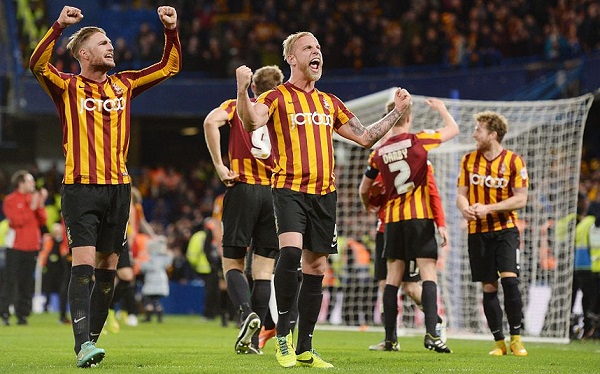 Below you can find some interesting club records.